From an early age, we felt that we were different from most of the other people around us.
We couldn't be completely ourselves and also found it very hard to show ourselves fully.
Often we didn't feel understood and we often felt alone, not really belonging.

Not until later in life did we understand that not being able to fully integrate in this world has an important function.
We understood that the lack of integration is not a problem but in fact a quality that we need to be able to offer the world an alternative.
By not fully adapting, a large part of our authenticity is preserved.
And yes, in our society 'being different' was not appreciated and was sometimes perceived as a threat, but fortunately that is rapidly changing.
The world is starting to wake up from falsity and longs for people who are authentic.
The time for Lightworkers has come ... time for the people who still know the way to the Light.

Our story starts at a very young age, but the biggest turnaround took place in 2012.
After considerable disappointments in the 'spiritual world' - in which we discovered that unconditional love, authenticity and sincerity were also often violated - we actually no longer wanted to have anything to do with it.
We had resigned as a Lightworker.
This was followed by a period of a number of years in which we and our family lived our lives, for ourselves and with ourselves.

Jacqueline and Philip both did 'The Reconnection' at a practitioner in the Netherlands and things started to change at a rapid pace.
There was no stopping it.
Not long after that we travelled to Barcelona to get our training as a practitioner for Reconnective Healing and The Reconnection and it is unbelievable what happened there during the days (and the nights in the hotel room) with ourselves and with many other participants in the seminars.
An extraordinarily important experience for us to witness how human bodies react to energies that do not come from this planet, as dr. Eric Pearl carefully describes it.
Even though we didn't know then what was next to come ...

Jacqueline opened her practice, Philip continued on 'the old road' for a while and ended up in a severe burnout.
Misery? Well, no, the best thing that could have happened to him at that moment.

And then there was an invitation via the network of Reconnective Healing Practitioners in the Netherlands for a workshop with Chaggai Katz.
Chaggai is from Israel and he gave a workshop in Etten-Leur (Netherlands) about his work as a healer with a team of extraterrestrial beings.
At first we didn't believe any of this, but this also kept coming back into our reality and after the third time we signed up for this ...

A few days later Jacqueline was on a massage table for a session with Chaggai Katz in which she is brought into contact with her personal guide from one of the extraterrestrial teams.
And although Jacqueline wasn't clairvoyant before, all kinds of images and information soon came through and Philip could feel the enormous energy field on the other side of the room.
That day we went home with a personal ET guide for Jacqueline called Joël, an extraterrestrial team and as homework a book called X3, Healing Entities and Aliens by Adrian Dvir.

Late 2013 there we start a kind of cooperation with Chaggai Katz in which we help him to start his work in the Netherlands and he shares his experiences with us about his longstanding cooperation with these extraterrestrial teams in the field of healing.
We organized many workshops and fairs for Chaggai and presented them under the title 'Beyond Medicine - ExtraTerrestrial Healing & Communication'.
At that time we named this work with our star family 'ET-Healing' in order to make this phenomenon known in the Netherlands.
After an intensive collaboration of 9 months and many workshops together, it felt better for both parties to be independent, to go our own way, to realise our own dream and to embody ET-Healing in our own practice.

We chose 'Healing Centre Beyond Medicine' as the official name of our practice and 'ExtraTerrestrial Healing & Communication' as our pay-off ... this is what we do and what we stand for, ET-Healing.
And wow... What a journey.
Since late 2013 we have had many adventures and experiences.
Meanwhile we have been able to offer our support in the form of many hundreds of individual ET-Healing sessions, far over a hundred Reconnections, many dozens of people introduced to working with extraterrestrial beings through the ET-Healing Practitioner Programs, annual ET-Healing Week Retreats and Quarterly Weekend Retreats, monthly evening meetings at various places in the Netherlands with Stargate Experiences, and many more ...

Since 2018, more and more people from around the world have called in for sessions and attending the programmes through personal guidance.
At the moment, ET-Healing is increasingly spreading all over the world to people in Australia, Canada, America, England, Germany, Belgium, Portugal, Romania ...

And we have given ET-Healing a kind of official status by registering it as a trademark in 2019.
As a recognition of this wonderful work and that we are serious about bringing ET-Healing even further into the world.

And yes, we entered a world that we really never expected, and for which we are incredibly grateful.
A journey that we will never be able to fully understand with the mind, and one that is so nourishing for heart and soul.

Our vision is more than just a practice by ourselves. We believe in a LightNetwork.
Look at what the introduction of the electrical grid has brought to this world.
Imagine what can happen when we Lightworkers connect with each other like that and start working together.

The core message of our extraterrestrial guides is to first connect with who we truly are (i.e. to ignite our own Light) and from there to reach out to each other and to start remembering that we have always been connected.

We have started doing it... Will you join us? 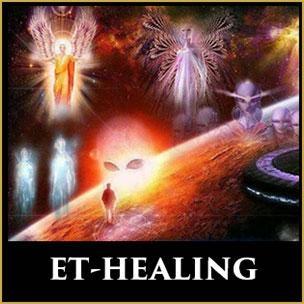 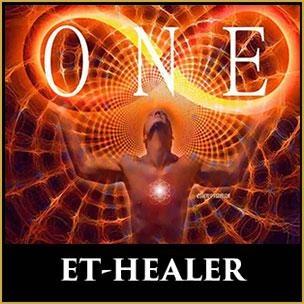 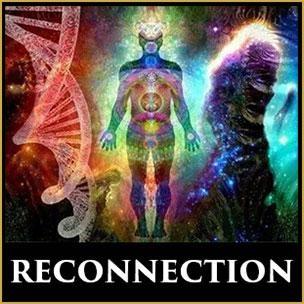 Healing Centre Beyond Medicine is a collective of healers working with an ExtraTerrestrial Team providing powerfull healing frequencies during individual and groupsessions in what is known as ET-Healing.

As healers we joined together in Healing Centre Beyond Medicine because we know that together we can bring more love, light, energy, information and healing onto the planet than we could ever do alone.
And also each of us bring in their specific experience of a lifetime walking our own spirituals paths, attended trainings and courses, educations, workshops as well as in the many given lessons provided by our Souls through the lives we live and of course the lessons we get from the spiritual guidance from our friends in other dimensions.

We have been granted to help people with issues on physical, emotional, mental and spiritual level, like

If our way of helping appeals to you and you recognize yourself being hold back by any of these (or other) isues, than grant yourself to live a life to it's fullest potential and come into contact for a ET-healing session or a Reconnection.

And if you feel this is what you are meant to be doing, this is why you have choosen to be on planet Earth at this point of time in her evolution, this is what you have been looking for your whole life, please let us know and let's see what our friends from beyond have in mind for you.

On behalf of our friends, we let you know that you are not alone on this journey.
There are multitudes of loving beings supporting us every day.
If we only grant ourselves the permission to connect with them.

Lots of love, also on behalf of our star family
Jacqueline and Philip