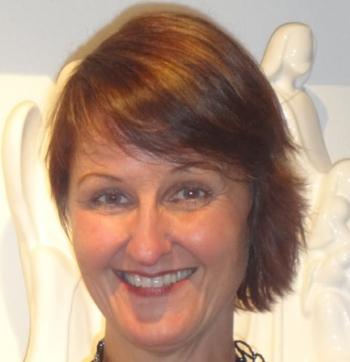 Since 1994 Janet Ossebaard is actively involved in crop circle research and the alien phenomena. Janet is national and international recognized as an authority in this field and she organizes presentations around the world and regularly publishes new books and articles in leading magazines and Web magazines.

Few know that Janet is also has deeply interested in the ancient alien civilizations that civiliased the Earth in the distant past like the Hathors in ancient Egypt and Mesopotamia. In 2014 Janet came into contact with her ET-Guide and is able to cooperate with an Extraterrestrial Team with which she specializes in ET-Healings for animals.

In her lectures, she sheds light on the different facets of the crop circles and extraterrestrials and she adresses questions like: who are they, who are the circle makers, what kind of consciousness are we dealing here with and why do we receive these beautiful patterns in our fields, what do they want to tell us?
Janet frankly shares her personal story and how this phenomenon has changed her entire life and how she came into contact with her ET-Guide.

Her enthusiasm and expertise, combined with beautiful images of the live filmed appearance (in seconds!) of a complex crop circle as well as her passion for extraterrestrials guarantee an unforgettable experience with Janet.

Janet is a very dear friend and a partner in business now for some months and we share the common goal to inform the world as widely as possible about the extraterrestrial phenomenon. This cooperation takes form in joint lectures and workshops and a recently planned holiday travel that is entirely build around encounters with our extraterrestrial friends.
Read more about this on the page ET-retreats.