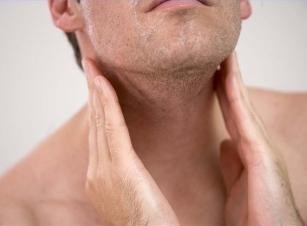 In July 2011  I was diagnosed with Lymphoma Hodgkin in three places in my chest. After 5 months of chemotherapy and 25 days of radiation treatments the tumors seemed to have disappeared.
During my recovery period of these treatments different heart defects and problems in my right shoulder arose. Here also, it took about half a year before I recovered more or less..
After a few months I was struck in one week by nerve pain in chest and right arm, in my legs and achilles tendons. Many medical research in mainstream medicine followed, but nothing became clear.
I had to learn to live with these daily fierce pains, they said. Through naturopathy, diets and homeopathic support the pains in chest and arm disappeared after 14 months.
But not so in both my legs and ankles.

Beginning July 2014 I made a crop circle tour in Wiltshire where Philip and Jacqueline Fiolet participated as well.
It is there I heard that they worked with what they call ET-healing with the help of a guide that could mediate between a client and a team of extraterrestrial beings.
Through years of studying spiritual sciences, I was very critical in examining mediumship.
I had a conversation with Jacqueline and her husband Philip on questions that are important to me: how do you work?
Will I stay conscious all the time during an ET-Healing session?
How can you and I know you are not a medium for transcendental negative forces?
What are your methods of protection?
Can I stop if I feel manipulated?

I am not sufficiently expert in the transcendental world so I could be mentally manipulated unconsciously during a healing. That's absolutely not what I want.
So I wanted to be present in full consciousness and completely in control of my free choice.
After I got sufficient explanation and all the conditions important for me were met, I joined an ET-healing session on our last day in a freshly layed crop circle formation "Trinity".
The ET's mentioned they were familiar with energetic operations on the nervous system.

While I relaxed on the grain Jacqueline made contact with her guide. Her guide acted as an intermediary between me and the team of extraterrestrials: I was allowed to ask any question which were then answered by Jacqueline's guide and vice versa.
Her guide also proved to be a guardian that provided as safe environment for me and Jacqueline during the ET-healing sessions against uninvited entities on the threshold between our reality and the transcendental.

I could feel exactly in full consciousness and intuitively 'see' on which parts of my body they were working on.
I saw and felt the openness or blockages in chakras, organs and limbs, how the ET's were altering these with beautifull colors of light and simply made large amounts of light energy flow into my legs to widen my nerves and blood supply.
After that I could ' see ' and feel exactly how the different parts of my body were linked energeticly and harmonized from my feet to my Crown and above it.
Periodically Jacqueline and I shared and checked the observations and messages with each other: they matched exactly each time.
This way I 'knew' I could trust both my own experiences and Jacquelines information and knew internally when the operation was ended.
This matched exactly with the information of Jacqueline as well.

Now, 4 weeks later, the nerve pains in my legs are mostly still gone.
Only my achilles tendons are occasionally painful after exercise.
A wonderful experience with ET-healing for which I feel very grateful!