ET-Healing for a traumatised dog 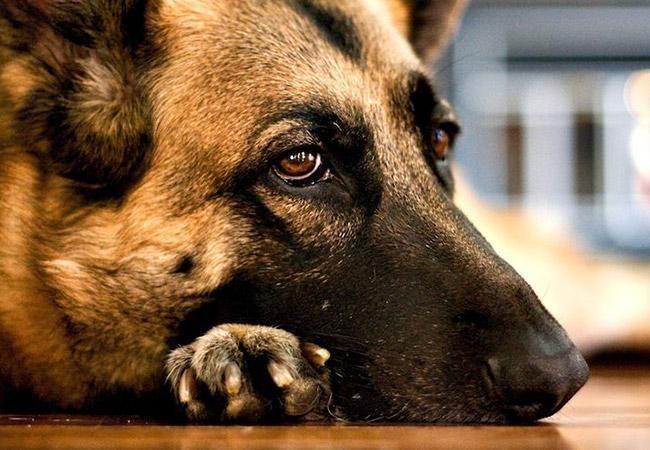 One day there was another request for an ET-healing session for a dog, which I also love to do.
For animals are so pure in there responses on the healing frequencies and once they trust you they are so open in their willingness to communicate. In this case, the dog suffered from her hind leg caused by ripped ligaments.
She had previously had surgery and was now given heavy painkillers.

During the healing process, however, all kinds of other things happened to the meniscus, which did not contribute to the healing of the ligaments at all.
Things got worse and despite the heavy painkillers she finally didn't want to stand on that leg anymore.

Now, this dog has been traumatised severly by previous experiences and was actually further traumatised by this operation.
As a puppy she was attacked and injured by another dog, and this has made her extremely frightened.
As soon as the Extraterrestrial Beings start working, they go back on her timeline, so that they can guide the dog through the operation again and with the appropriate support from them on this theme.
It start when she is given a kind of 'lucky hormone' to make her feel safe, while still lying in her own basket. Then they start operating the leg again.

It appears that she relates her trauma with the attack of the other dog, to the pain in her hind leg due after the surgery. She has linked the two events in her system.
So the operation, although done perfectly, caused the trauma to rise again, which is why she started to associate her hind leg with this trauma and didn't want to see her leg anymore, so she started to completely disregard it!
Since then the hind leg has not been used anymore although the veterinarian has been very careful to ensure full recovery.

During this ET-Healing session, the ET team goes back to the moment ...

... on which the dog was attacked and the emergence of the trauma, and to make changes in the memory of the dog so in his experience this event will run completely different and more positive.
In this way her old trauma is overwritten, reprogrammed, with a very positive experience.

The Extraterrestrial Beings also provide ideas for the owners to work on with the dog the period following the ET-healing session.
They are asked to stroke and massage the dog gently and in particular to soflty and lovingly touch the hind leg, so the dog becomes aware of again of the leg in a positive way.
Admittedly, the trauma has changed, but there is still such a thing as 'cell memory' and now it was up to the owners to partake in the healing by explicitly anchoring this positive experience in the body.
To also reprogramme the body. They may treat her as if she has never experienced anything serious, but has always been a cheerful and confident dog. This will also heal them as they carry with them this traumatic energy from that event as well.

The day after the session I already receive an encouraging mail: the dog is already using the leg again and is almost completely rid of the painkillers.

What a wonderful feeling to join this teamwork between ET's, people and animals !
~ Jacqueline Fiolet and Joël and the team
~ Healing Centre Beyond Medicine - Extraterrestrial Healing & Communication