In eastern Turkey there is a place named Göbekli Tepe, that undermines everything we thought we knew about the origins of human civilization.
In the semi-arid desert lies a mound full of mysteries that we have yet to decipher.
Although excavations are still underway, the site has already made many revelations. Some of these have already radically altered our story about the origins of humanity that has forever changed the way we view history.
What is Göbekli Tepe

Göbekli Tepe - Turkish for Potbelly Hill - is a temple complex on a hill more than 20 acres in size. The sand hides many stone circles in many layers, each with a history.
At the oldest level, there are temenes - circular buildings - ranging from ten to thirty meters in diameter.

Their most striking features are monolithic T-shaped stones, some of which weigh up to fifty tons. But that's not all.
The builders of Göbekli Tepe decorated these monoliths with intricate sculptures of animals. 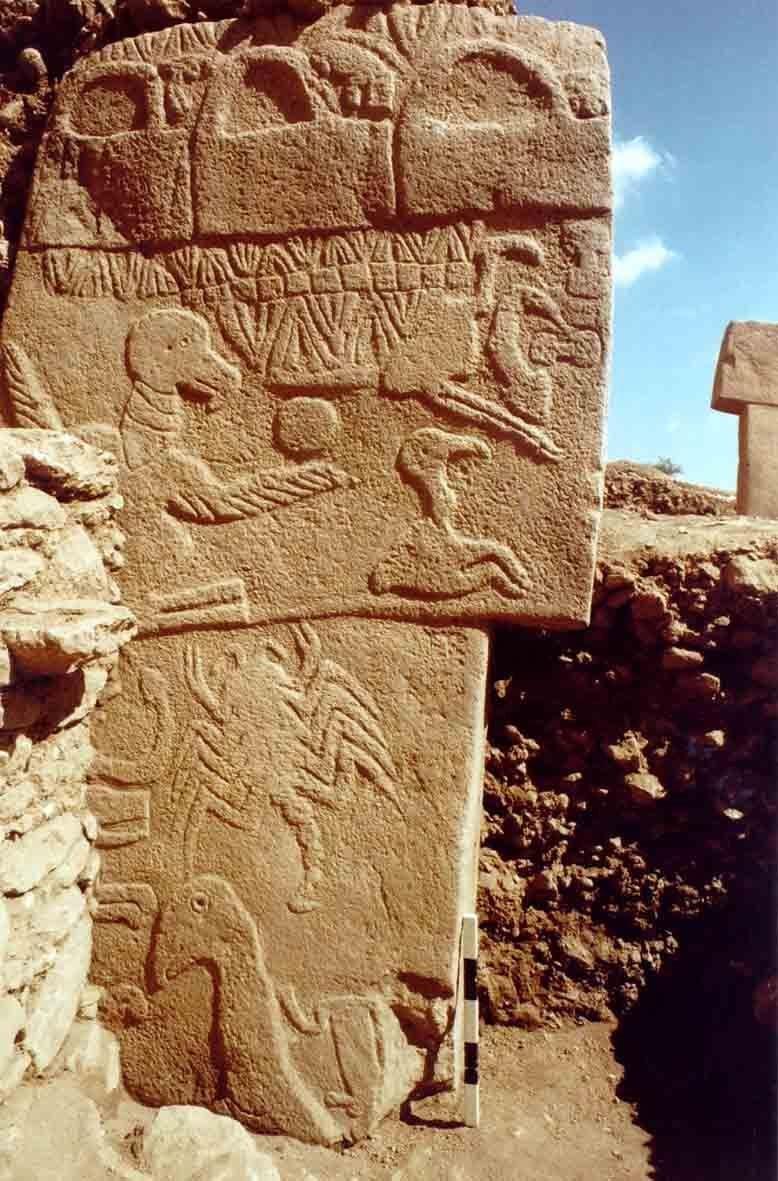 The site might be the beginning of an ancient religion - a kind of Mecca of its time.
Researchers are still exploring the mysteries of Göbekli Tepe, so far known as the world’s oldest monument on Earth.
Built in the cradle of civilization in Turkey, this discovery may contain the strongest evidence for connecting the establishment of human civilization under the rule of the Annunaki.
Further exploration of its mysteries could prove that the existence of man is much older than anything known before.

In the time of pre-Ice Age cavemen who had no wheels, tools, or agriculture, Göbekli Tepe baffles scientists with its advanced technologies, detailed architecture, and astronomical alignment with the cardinal directions.

Since its discovery in 1996, archaeologists have discovered several smaller imitations at sites in the area.
But Göbekli Tepe was the first, the largest and the pilgrim heart of this hitherto unknown religion. It is the cathedral at the heart of this ancient religion.
In addition, there are some mind-boggling mysteries about this ancient place.

To fully understand the amazing age of Göbekli Tepe, we must take a moment to recalibrate our sense of time.
Did you know that when everyone's favorite pharaoh, Tutankhamun, was born, the pyramids were already 1,200 years old?
And that it took another 1,300 years for the last Egyptian pharaoh to come to power - the legendary seductress Cleopatra.

It is tempting to lump these three images - pyramids, Tutankhamun and Cleopatra - together as ancient Egypt.
A few thousand years here or there seems to matter less when you go back further than our modern era.

But between the building of the Great Pyramid and the life of Tutankhamun, the time period from the birth of Jesus and the existence of the Roman Republic to our present day existence fits.

It is a challenge to wrap our heads around such a long time span.
In short, the Pyramids are already unimaginably old ... 4,500 years old.

Wheat was domesticated here as early as 8,000 years ago

Göbekli Tepe dates back to a time before the first crops were domesticated in our history. This means that the people who built Göbekli Tepe were hunter-gatherers and thus had to hunt and gather for their food (time-consuming) and at the same time these people built this monumental wonder.

The idea that hunter-gatherers -who therefore lived nomadically- built monolithic temples at the same time was unheard of before Göbekli Tepe was discovered.

30 km northwest of Göbekli Tepe is another hill, Karaca Dağ.
This hill has become famous in 2006 as the place where the egg grain - the common ancestor of 68 contemporary cereals - was first domesticated.

The traditional evolutionary theory of civilization says that first agriculture emerged, people settled down, and this gave our ancestors time to devote to art, architecture, astronomy and religion.
However, the Göbekli Tepe temples suggest exactly the opposite, in fact this site was built before agriculture existed.

How a mainly nomadic people could build such a structure is baffling and it seems that Göbekli Tepe and other similar temples suggest that they were a reason for humans to settle in one place longer and feed on agriculture.

You would expect that through experience one would develop more and more skills in building architecture over time, however, bafflingly, the people at Göbekli Tepe got worse and worse at building temples.

The earliest rings are the largest and most sophisticated, technically and artistically.
But over time, the pillars became smaller and simpler and were assembled with less and less care.
Finally, in 8200 BCE, the effort seems to have run aground entirely.
Göbekli Tepe fell into complete disrepair and there was no more construction.

The mystery of Göbekli Tepe is that not only the ambition to build, but also the craftsmanship seems to have deteriorated.
Annunaki

The mere existence of a civilization that seems to have come out of nowhere with extraordinary skills in building megalithic structures in astrological precision is an impossible puzzle to solve from an earthly evolutionary perspective.
Mainstream archaeologists then immediately think in terms of religion.

Gobleki Tepe, however, is located in the region where there are many more such structures (Romania, Irak, Syria) that were once populated by an alien civilization, the Annunaki.

Partly because of the fact that there is unprecedented astrological precision in the structure, the connection to the stars is very obvious.

Researchers of GAIA TV explain that Göbekli Tepe is aligned with the Cygnus constellation and constructed in harmonic resonance with the periodic signals beaming from one of the constellation’s stars.
These signals have been found to be transmitting multiples of eleven, which can be found in Pascal’s triangle, and encoded within the placement of the megalithic pillars.

As the world’s oldest monument, built in the cradle of civilization, this discovery may be our strongest evidence connecting the establishment of human civilization under the rule of the Annunaki

Graham Hancock - the Mysteries of Atlantis and Göbekli Tepe

Just for a reference on time ...