and other federation spacecraft 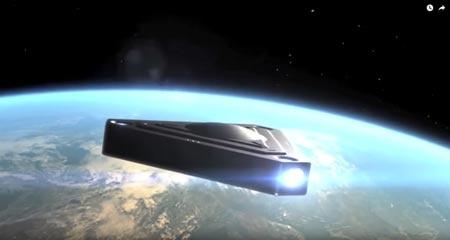 In recent years, Bashar has indicated time and again that it is teeming around our planet with extraterrestrial ships travelling in and out of our atmosphere.
Sometimes when asked the question 'what was that shape of a spacecraft I saw, who was in it?', he indicates in his answer that there are so many ships of so many different civilizations in our atmosphere that they don't always know who they are and why they are there if that has no relevance for them.

In addition, he has indicated several times that there are many ships, as it were, stationary around important portals on Earth.
During the transmission 'The Five Levels of Mastery' (Los Angeles, 3 December 2016), the first question (just before the Holotope) of the U-Stream listeners that April asks to Bashar :

"You've said your ship is above Sedona, and there are many others.
Where are the other extraterrestrial ships located above Earth?"

And in answering this question, Bashar shares the following list of locations on Earth where Sassani ships are more or less stationary ...

Let us begin this transmission with a further description and explanation of something that we have discussed recently, in that our craft, that is mine personally, and three other craft from my civilization being positioned physically around your planet at this time, for the purpose of helping to assist, and adjusting the energy of your world as it changes within the collective consciousness.
And in positioning ourselves at certain points around your planet, above your planet, helping to adjust that energy by acting like a focusing lens, to help smooth and balance the energies of the changes going on within the consciousness of your people at this time.
But we are not the only ones doing this.
The idea, first and foremost, in describing the positions of the crafts that belong to my society, in that they are triangular craft and they are positioned in a tetrahedral formation, can be more precisely described as follows.

We have already said that my craft specifically is positioned approximately, give or take, approximately 3,000 of your miles above your city of Cairo.
Now, the idea is that sometimes individuals may have assumed that when we talked about the idea of my craft and three other craft forming a tetrahedral structure, they may have assumed that we were referring to the positions of our craft as if they were the apexes, the points, of the tetrahedron, but they are not.
They are the centers of the sides, the four sides of the tetrahedral structure; in that each side is a triangle.
But if you will extend each side of our physical craft outwards in energy, as if it were a larger triangle so that it reaches out in energy until it touches the projected energy sides of the other three craft, then you could see that your world is enclosed in an energy tetrahedron generated by certain frequencies of our ships.

So, it is like your spherical world is inside a clear energy tetrahedron, generated by our four craft.

I am in, as we have said, the position above your city of Cairo, approximately what you would understand as your 30 degrees longitude and 30 degrees latitude.
The other craft are in positions of, longitudinally 90 degrees west, which positions it just off the shores of the area of your planet you call Peru, and also 150 degrees east, which positions it in the ocean, above the ocean, underneath what you call your Asian area, and above what you call your Australian / New Zealand area, again positioned over the ocean.
The fourth craft being positioned off the coast, by a few hundred miles, of what you call your Antarctica, again over the ocean.
I am the only craft that is directly above land at this time. These are the positions that will allow us to form, relatively speaking, a regular tetrahedron structure.

The shell beyond us is formed by six craft from other civilizations forming a cube, and beyond that you have the octahedral with eight craft forming that.
And beyond that you have other ideas of regular geometric solids such as the two dodecahedral solids, thus, twelve craft generating twelve energy fields, forming two types of regular twelve sided solids, and twenty craft generating the icosahedral shell around your planet.
And then, beyond that, beyond, beyond, there are more, generating more different kinds of shells; twenty shells in all.
The final shell extends just beyond the orbit of your moon.
Thus, we encompass and enclose your entire Earth/Moon system, to aid and assist in the balancing and regulating of energy.
But only as we take your cues, in that sense, from your collective consciousness in helping regulate the changes going on now, and the changes coming up.

Do not ask me who the other craft belong to. I cannot tell you at this time.
But suffice to say, it is allowed that I can tell you there are twenty shells of craft forming these twenty different kinds of energy shells.
We are the innermost one, forming the tetrahedron.

Below us, in that sense, there are other ships, but they do not form shells.
They work with independent vortexes, vortices, on your planet, adjusting and regulating, but again, in accordance with the timing of your collective and individual consciousness.

When it comes time for our ships to touch down, to physically touch the surface of your world, as we close in, as the tetrahedron gets smaller and smaller and then just encloses your planet by touching it, that will form a tetrahedron with triangles of approximately 19,000 miles on a side; in fact, in actual fact, 19,500. There is the 19.5 again that many of you are familiar with.
And this will represent, when we have touched down on the surface of your planet, in what you call the near future, on what you call the idea or time of contact.

We will talk more about this methodology of contact later, but this is one of the ways that we have used to help accelerate and balance the energy toward contact and the methodology and the unfoldment of contact itself, with regard to the energy shell relationship and the energy of your world.

This information was delivered by Bashar in 1997 and may have changed in the last 20+ years, as he not mentioned this idea recently.

In the past, Bashar's Ship was stationary located above Cairo, Egypt and more recently (2009) his location changed.
During the transmission 'A Ship to Ship Communication - 2009', Bashar explains that his ship is relocated to Sedona, because "Sedona is a neutral zone that allows us better handling, better facilitation of the energy of a multitude of dimensions in one spot".
He explains a lot more about the powerful vortex of Sedona in the transmissions 'Sedona Vortex Array (2015)' and 'Interdimensional Portals and Where To Find Them (2018)'.

Since his ship is located above the Sedona vortex (Bell Rock to be precise), Bashar shares from time to time information regarding the altitude of his ship over our planet, indicating like a barometer for how close we are to being ready for open contact with 4th density civilizations such as his civilization, the Sassanni.

Bashar's ship began to hold that position above Sedona at approximately 2,500 miles in 2009 prior to which it was over Cairo.
For getting more feeling with this idea in relation to the position in our reality, here is an image of the 5 layers of Earth's Atmosphere.
Based on this information, Bashar's ship has not yet been close enough to our planet to do a 'fly-by' in the neighborhood of the International Space Station (ISS).
Following is an (incomplete) table tracking the altitude of his ship and note how the altitude of his ship is changing / rising since 2019. 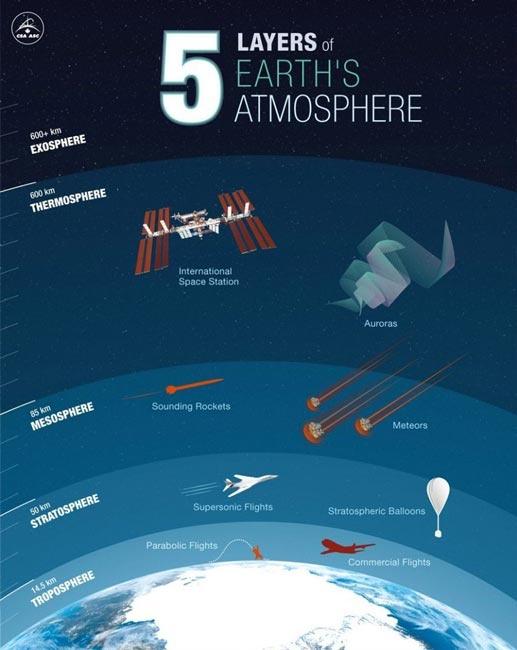